A Sporting Life Story with Phil ‘The Power’ Taylor

THE FIRST 300 TICKETS SOLD WILL RECEIVE A MEET & GREET PLUS A PHOTO WITH PHIL.

On Saturday 23rd June, RM Sports Events are honoured to bring you A Sporting Life Story with Phil ‘THE POWER’ Taylor at The Keepmoat Stadium, Doncaster.

Following the success of our exclusive tribute event with the 16-time world champion last June, we could not pass up on the opportunity to work with the man who has transformed darts into the sport we see on our TV screens today.

The greatest player ever to throw a dart, Phil Taylor exploded onto the darts scene at the end of the 1980’s and has rewritten the history books since, with his achievements headlined by an unrivalled 16 World Championship wins.

Phil has a breath-taking 16 world championships, 15 world matchplay titles, 6 premier league titles, 11 world grand prix honours and has won in excess of 100 worldwide tournaments during his illustrious career which spans over three decades!

Phil Taylor has seen it all, since the evolution of the PDC darts has become a global phenomena with thousands of people flocking to arenas all over the world on a weekly basis. Compere for the evening Pete Emmett will leave no stone unturned as we hear about the high’s, the low’s and the story of how Darts has transformed into one of the most popular sports on the planet.

In addition to hearing it all direct from the man himself, an audience Q and A will provide you with the opportunity to ask The Power a question.

THIS EVENT & STORY IS NOT TO BE MISSED!

The first 300 tickets sold include a meet & greet and a photo with THE POWER – DO NOT MISS OUT! 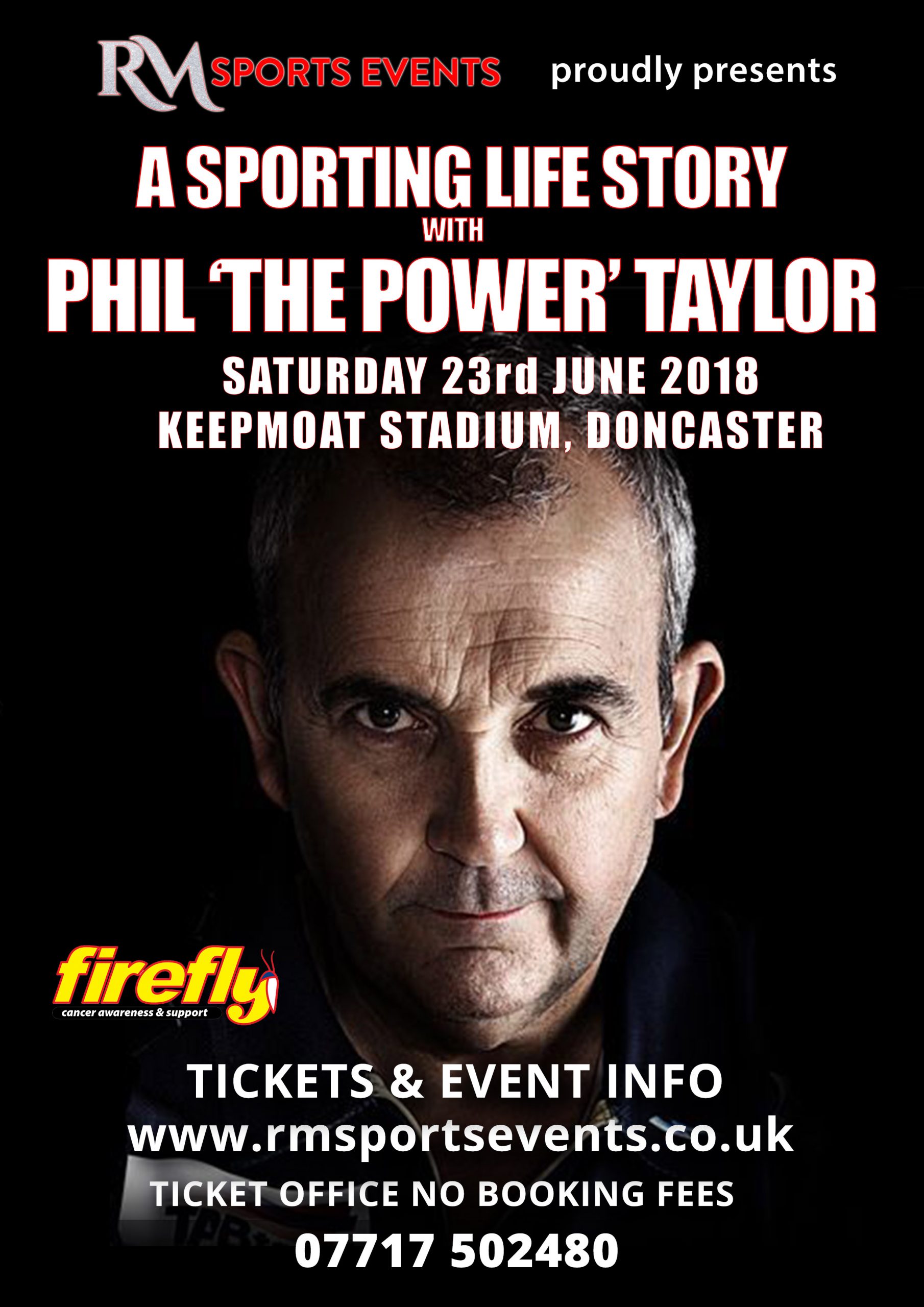