RM Sports Events are delighted to bring you An Evening with Leeds Rhinos legends Rob Burrow & Danny McGuire. Join us at The Keepmoat Stadium, Doncaster to hear from two Rugby League legends as they describe their careers in the Super League!

ROB BURROW – A single club man, Rob Burrow spent 16 years as a professional at Headingley prior to his retirement in 2017. An England and Great Britain representative Rob is know as one of the most successful players in Super League history winning 8 Super League championships, two Challenge Cups, been named in the Super League Dream Team on three occasions and winner of the Harry Sunderland trophy twice.

With 493 appearances for Leeds Rhinos, 198 tries and scoring 1111 points during his time at Headingley, Rob’s CV is second to none.

DANNY MCGUIRE – With 426 Leeds Rhinos appearances to his name Danny McGuire has spent the majority of his career playing at the highest level. A Great Britain and England international, Danny has accolades some players can only dream of. 8 Super League titles, 3 World Club Challenges, 3 League Leaders Shields & 2 Challenge Cups titles.

Danny McGuire is one of three men to pick up the Harry Sunderland Trophy for the Man of the Match award in two Grand Finals, 2015 & 2017. The other two players are his Leeds Rhinos team mates, Kevin Sinfield and a certain Rob Burrow.

Be one of the first 150 people to purchase a ticket and you will receive a professional photo with both Rob and Danny which will be printed and presented to you on the evening. A fantastic piece to take away for any Leeds Rhinos fan.

TICKETS COST JUST £35 PER PERSON & INCLUDE A MEAL 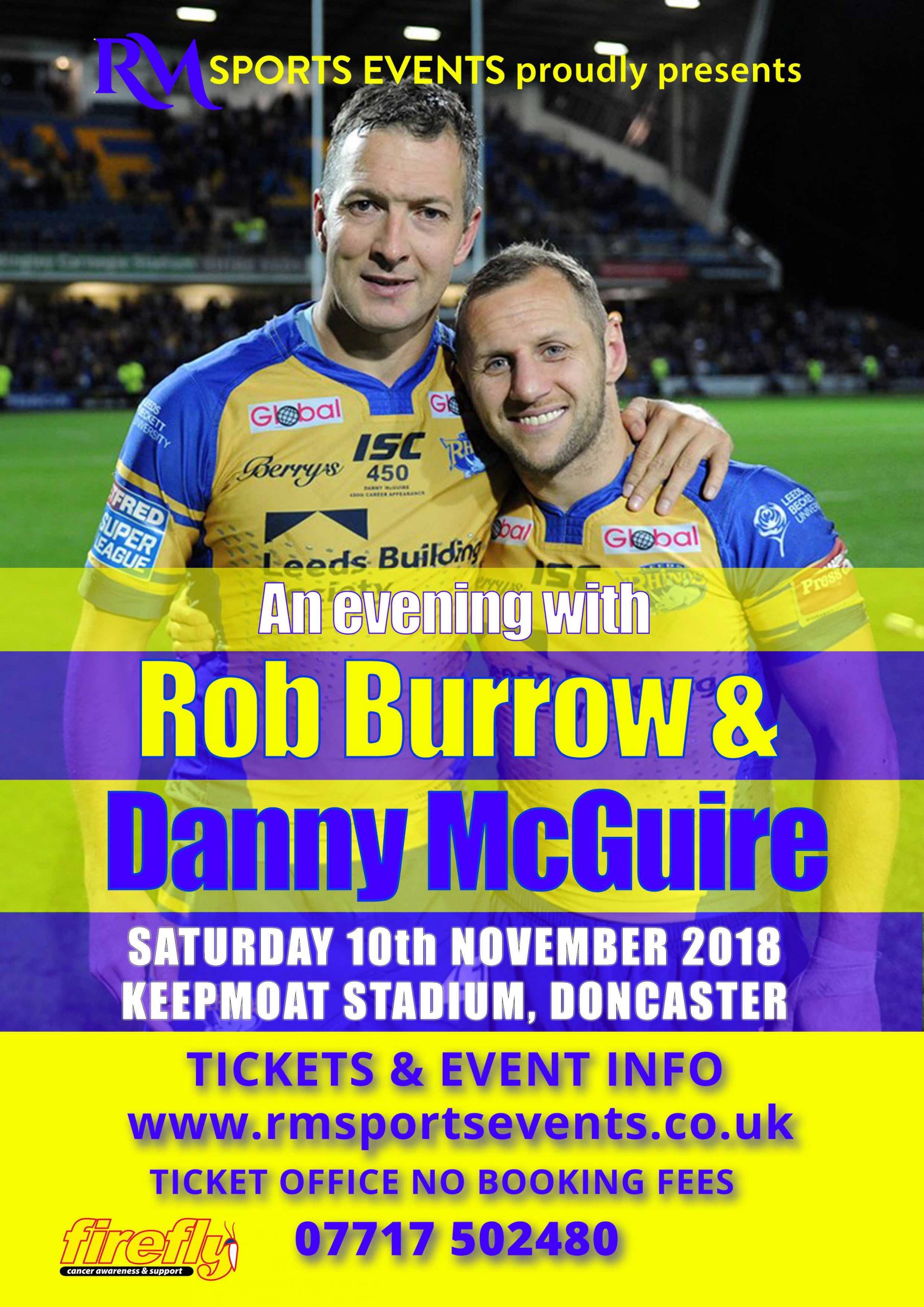