An evening of world class darts with FOUR darting legends.

To add to the glitz and glamour of this event, we are delighted to be joined by Sky Sports walk-on girls Daniella Allfree and Charlotte Wood.

RM Sports Events are delighted to bring you an evening of world class darts with FOUR darting legends. To add to the glitz and glamour of this event, we are delighted to be joined by Sky Sports walk-on girls Daniella Allfree and Charlotte Wood. Come along to the Doncaster Racecourse and enjoy a night of BIG TIME DARTS.

IT’S TIME TO MEET THE PLAYERS……

Dennis THE MENACE Priestley – Dennis Priestley is a darts legend. A two time World Champion, Dennis was the first player to win both the BDO and WDC (now known as the PDC) world championships. His first title came against the late Eric Bristow courtesy of a 6-0 white wash. His second, the first WDC World Championship title in 1994. Dennis defeated a certain Phil THE POWER Taylor 6-1 to win his second world title. Dennis decided to retire from the oche in 2015 and has since completed a number of exhibitions and continues to be known as one of the greatest Darts players of all time.

Peter ONE DART Manley – Peter had a long and colourful darts career filled with finals, feuds and ‘one-dart’ finishes. One of the most recognisable darts players in the world, Peter is a former World Ranked Number 1. Peter has a long list of achievements including three World Championship Finals and the 2003 Las Vegas Desert Classic title. We can’t wait to see Peter in action on the night and can assure you he will provide some fantastic entertainment.

Bobby George – Bobby is widely recognised as one of the biggest personalities in the world of Darts. Renowned for his flamboyant entries on to the stage, the “King of Darts”. “King of Bling” and “Bobby Dazzler” are all nicknames Bobby has adopted over the years. During his career, Bobby won a number of leading darts tournaments including the News of the World Darts Championship twice and he appeared in two BDO/Embassy World Championship finals. Bobby’s walk-on is set to be one of the most anticipated moments of the evening!

John Lowe MBE – A three-time world champion, Lowe was the first darts player to win a world championship in three separate decades. A career which spans over a 40 year period, John was also the first player to hit a televised 9-dart finish, which is an outstanding achievement for any darts player.  In addition to his three world titles Lowe has also won two World Masters titles, two British Open titles, two British Matchplay championships, two World Cup Singles and three European Cup Singles Titles, as well as countless other titles around the world in a hugely successful career. He played for England over 100 times and was captain for seven years, during which time his team were unbeaten.

YOUR CHANCE TO PLAY AGAINST A DARTS LEGEND

Gold Package – Only 4 available – via ticket hotline only

Silver Package – Only 7 available – via ticket hotline only

*Players may use their own darts. They will be asked to hand them in on arrival, they will be handed to you on stage when you play, and you will then be given them back before you leave the event.

Please Note: Players will not be signing any items during the meet & greet plus photos. We cannot guarantee any items guests are wanting signed will be done on the night. 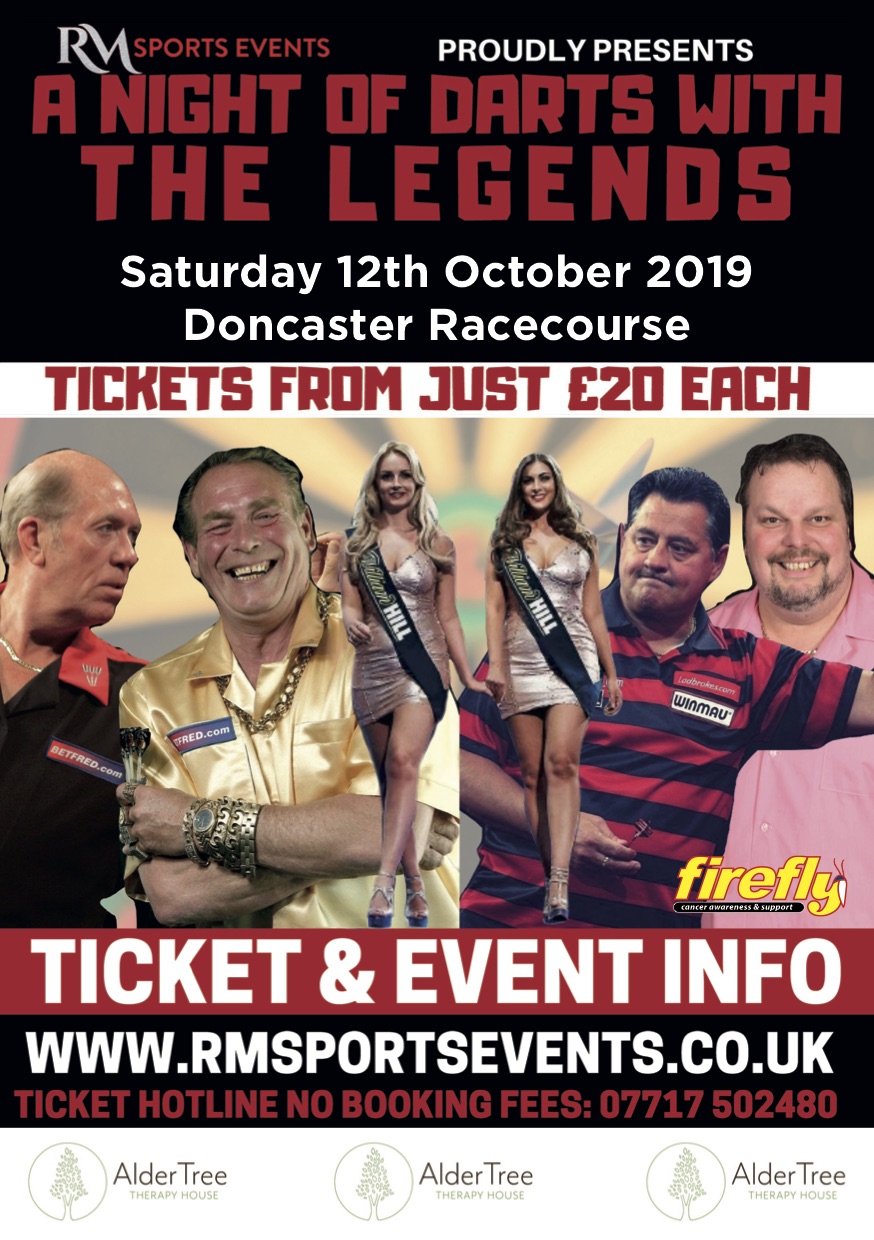