On the night, we will talk through Josh’s career starting at his first professional night against Delroy Spencer way back in 2009. Since then Josh has completed 29 professional bouts, winning all 29 and the IBF World Featherweight Title in May 2018 at Elland Road, the home of his beloved Leeds United.

We will relive the moment he won his World Title against Lee Selby in front of a huge Elland Road crowd in 2018. Selby had held the title since 2015 and was confident of beating Josh in his own backyard. The LEEDS WARRIOR had other ideas.

Warrington has since retained his title on two occasions against two top challengers. The first being Northern Ireland’s Carl Frampton, who himself has held multiple world titles on a number of occasions, this time at Manchester Arena in December 2018. Josh will talk us through, round by round the evening he retained his championship for the very first time.

Next up for Josh was Kid Galahad; he turned up and gave Josh a run for his money in front of a packed First Direct Arena before Josh comfortably overcame his challenge, winning via a split decision.

We are absolutely delighted to be welcoming both Josh Warrington and some of the members from his camp to Doncaster for what promises to be an EXPLOSIVE and hilarious evening. This night is NOT to be missed.

PLEASE NOTE: Food and Drink will be available to purchase on the night 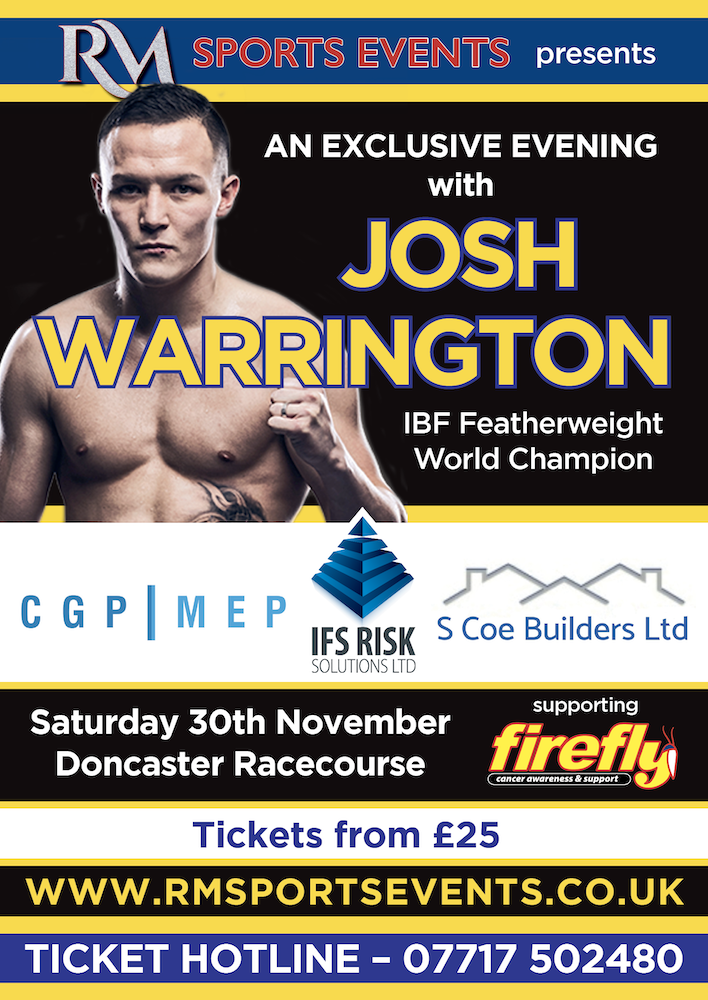