AN EVENING WITH RICKY HATTON

RM Events are delighted to welcome the most popular British boxer of all time to Scarborough Spa. On Friday 11th February 2022, join us for an Evening with Ricky ‘THE HITMAN’ Hatton.

On 23rd June 2007, Hatton arguably put in the performance of his life with a fourth-round knockout of Jose Luis Castillo, the first time Castillo had been counted out.

During his 15-year career, Ricky had challenges both in and out of the ring. On the night, Ricky will take a trip down memory lane, talking you through his most fierce challenges both in the ring and out, as well as those two nights in Las Vegas against Floyd Mayweather and Manny Pacquiao.

This promises to be a fantastic evening with one of the best speakers on the circuit. Hatton is renowned for his sense of humor and excellent stories. This event is NOT to be missed. 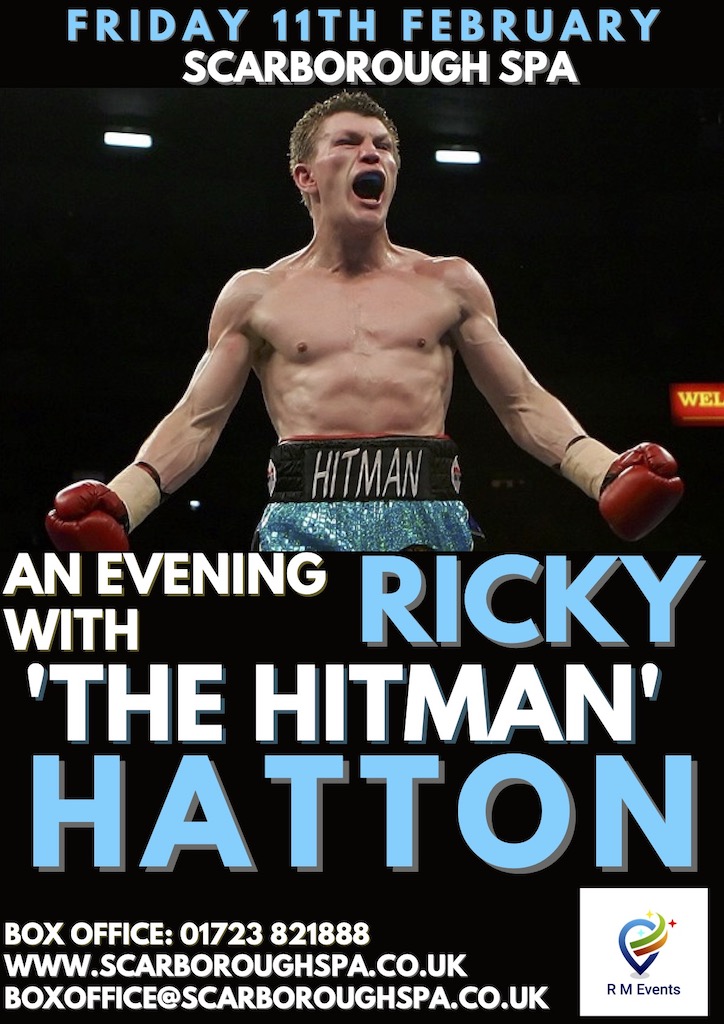